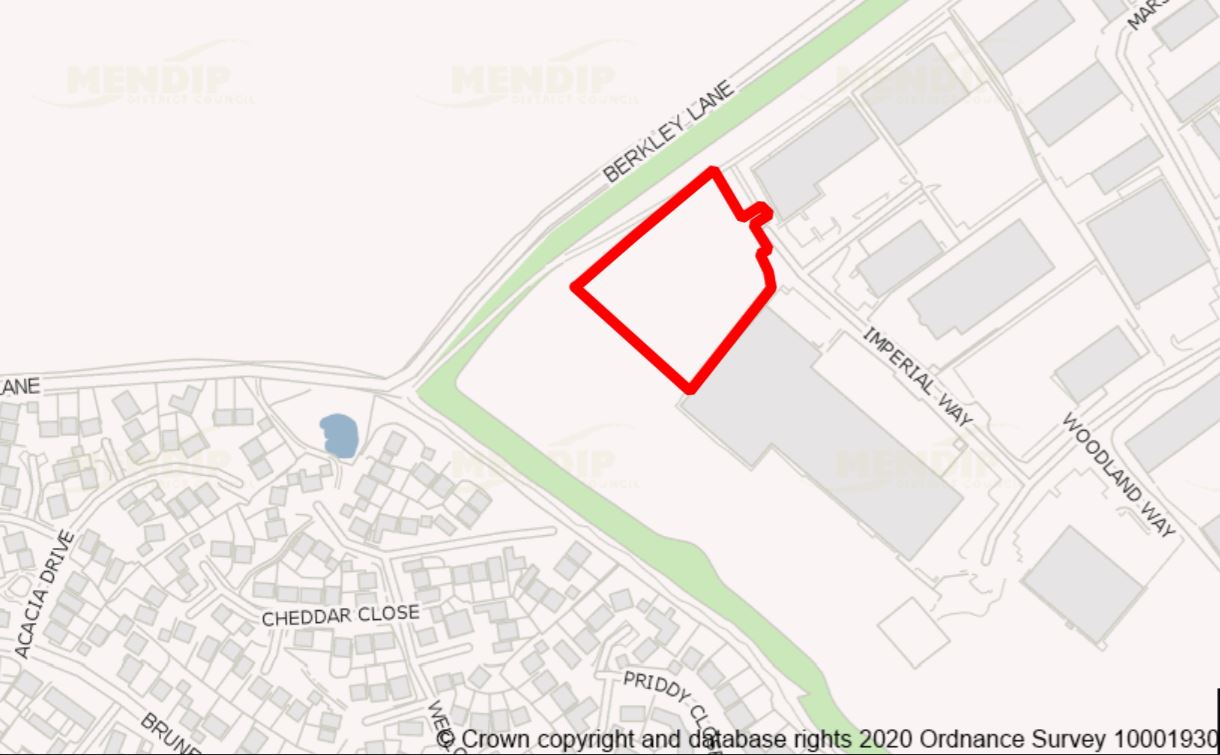 The expansion of the Watsons Gym Equipment factory at the Commerce Park (planning application 2020/1009/FUL) was approved by Mendip District Council’s Planning Board at its meeting on Wednesday 21st October. Authority to permit was delegated to the planning case officer subject to the agreement of a Section 106 Agreement to secure compliance with the noise control regime obligations of the original S106 agreement for the Commerce Park. SomersetLive reports the decision here.

Planning Board members considered the planning officer’s report on the application (from page 20 in item 7 here) and the presentation at the meeting, and generally welcomed the new investment and creation of new jobs at the site, considering that concerns about noise would be adequately mitigated and monitored under the requirements of the proposed planning conditions and the Section 106 agreement. You can see the application documents and consultees’ and residents’ comments here.

I spoke at the meeting to represent residents’ concerns about noise and the principle of building a B2 (General industrial) and B8 (Storage or distribution) use development in what was previously agreed would be restricted to use class B1 (Business – Uses which can be carried out in a residential area without detriment to its amenity). My words and a summary of the response of the planning case officer and Planning Board chair (cllr Damon Hooton) are below:

“I need to raise residents’ concerns – from some 28 individual residents neighbouring the Commerce Park in my ward, as well as the Coalway Lane Residents Association itself. The ward member for Beckington & Selwood cllr Shannon Brooke passed on some of their concerns in her response which is noted on the website, and these are noted in the case officer’s report.

As the application site is partly within an area previously restricted to B1 uses under the previous outline planning application, and this was imposed after an Environmental Impact Assessment was carried out, in order to protect the amenity of residents from the impacts of B2 and B8 developments in relation to noise, residents are concerned that noise will be emitted to the detriment of their residential amenity. I would like to object on those grounds, but I understand that the application has to be determined on its own merits.

So, I was pleased to see proposed commitment to agree to be tied to the requirements of the original Section 106 agreement in relation to noise controls and monitoring, and to new planning conditions controlling potentially noisy vehicle movements and outdoor vehicle activities, and that the time limits for these (up to 8pm Monday to Friday) appear acceptable, although 7pm would be ideal. I appreciate the good work by the case officer on this. [This was considered at the meeting but the case officer stated that the Environmental Protection team thought it an appropriate cut off time, and there was no evidence it would not be.]

However, I understand noise from unattenuated extractor fans is at times an issue at the Commerce Park, and that another condition that requires any extractor fan outlets and external exhaust and fan system chimneys to be fitted with acoustic attenuation as appropriate, has been requested by the Coalway Lane Residents Association. Can the Board require such a condition and can the case officer work out detailed wording? [This was considered at the meeting, but the case officer stated that the idea had been rejected by the Environmental Protection officer as unnecessary, as the other planning conditions should protect residents sufficiently and there had been no complaints from the existing equipment factory.]

Lastly, I note that many residents complain of not being consulted on the application. This will be due to them not being a direct neighbour to the site boundary, as the noise bund lies in between. I was also not consulted as the adjacent ward councillor. The inclusion on Planning Board agendas offers some protection, but we have to be vigilant. Can the Board agree to look into establishing a consultation zone for residents for future applications at the Commerce Park to ensure that College ward councillors and residents living adjacent to the Commerce Park bund, are notified of applications that may affect them? [The Chair of Planning Board agreed to come back to me on this, as he agreed residents and College ward councillors should have been consulted as this had been raised at a previous Board meeting].