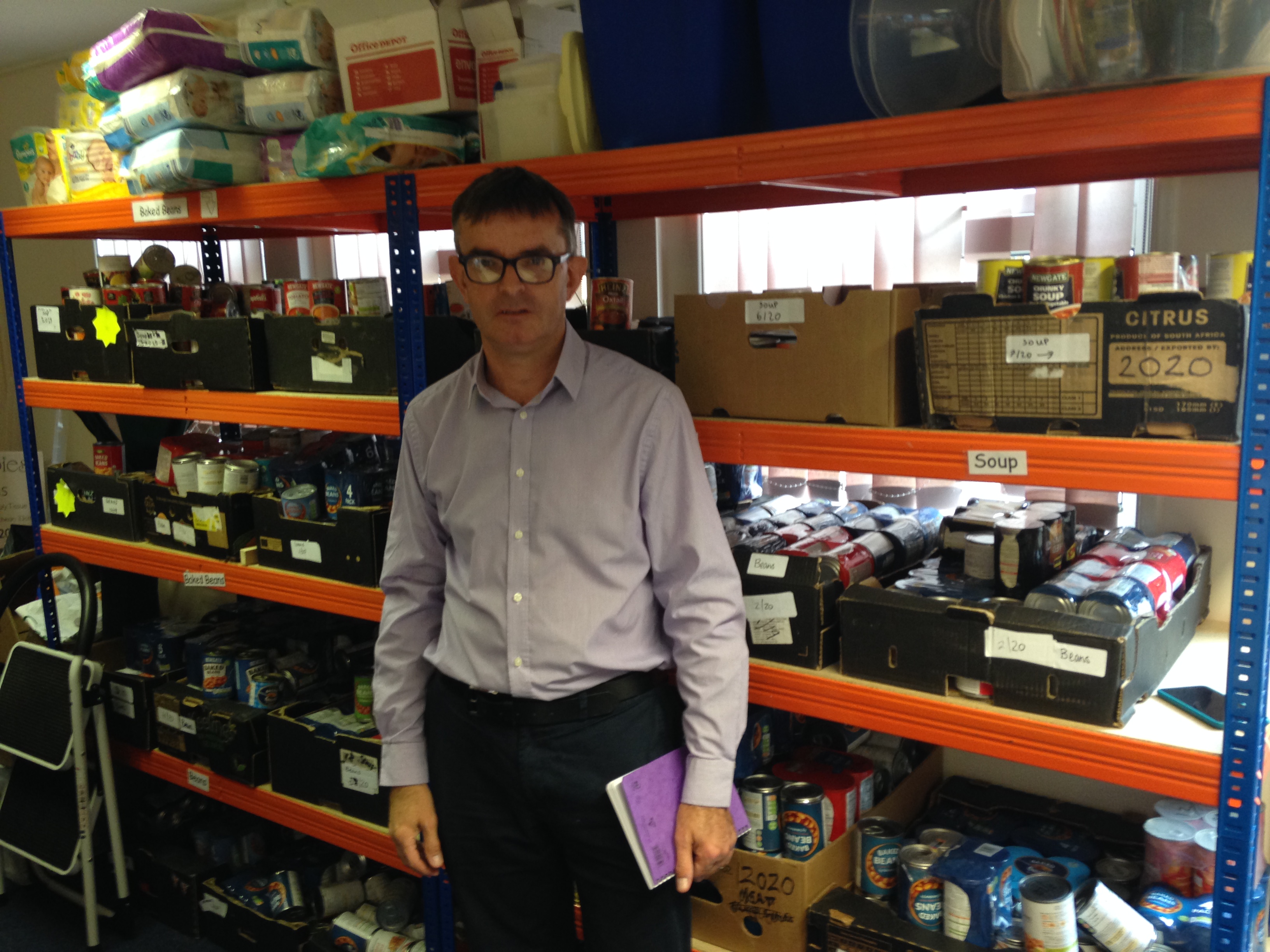 Like many people, I was appalled that last week Conservative MPs voted down a motion calling on the Government to continue funding free school meals over the school holidays in order to prevent over a million children going hungry during the Coronavirus pandemic.

This Scrooge-like decision is at odds with their previous extension of free school meals over the summer holidays through a voucher system, following footballer Marcus Rashford’s popular campaign and a similar motion in June. It is also in contrast to the Welsh and Scottish Governments’ recent commitments.

The government insists the best way to support families outside of term time is through the benefits system, which they argue is already generous enough, “rather than government subsidising meals”. Putting aside the fact that the government does in fact subsidise meals, for MPs and Lords in the Houses of Parliament at a cost of £1.7 million a year, it is clear from the groundswell of support for Marcus Rashford’s campaign that much, much more needs to be done in order to support struggling families through this pandemic and beyond. As Daisy Cooper MP (Lib Dem, St Albans) argued in the Commons debate, “There is no doubt that the Government are facing unprecedented demands for money from all sorts of directions, but I simply do not understand why they draw the red line at hungry children. I feel ashamed to be an MP today and I feel ashamed of this debate.”

Liberals in this country have a long and proud history of ensuring a strong safety net for the most vulnerable, particularly children. Free school meals were first introduced in 1906 by the then Liberal government due to concerns about poorer children’s health and nutrition. In 2014, it was the Liberal Democrats in government who introduced free school meals for all children in reception and years 1 and 2. And after some lobbying by the Liberal Democrat group and others, it is good to see that Somerset County Council have announced a £125,000 fund to provide more holiday meal support over the Christmas school holidays. We know that feeding children properly not only helps them concentrate, grow and achieve more, but that it is the right thing to do.

At the last count in January there were 1,806 pupils eligible for free school meals in the Somerton & Frome constituency, and with the pandemic leading to a recession, and the end of the Job Retention Scheme in October feared to result in yet more job losses, the number of families in need for support is going to rise in our local area. Our Conservative MP, David Warburton, voted along with the Government, and I wrote to him to ask him why.

In the public response posted on his website, Mr Warburton argues that Opposition Day Motions are ‘purely symbolic and designed to signal political differences’. This ignores the fact that the Government can agree to them without a vote, as it did in June’s very similar opposition motion about free school meals over the summer holidays. Governments can also lose these votes, such as in 2009 on settlement rights for Gurkha veterans. Also, five Tory MPs rebelled to vote for the motion, including Robert Halfon (Chair of the Education Select Committee) and Caroline Ansell who resigned from a government role in protest. The issue was not ‘purely symbolic’ to them.

Then he argues that an extension of the free meal voucher scheme over school holidays is ‘not the answer’ to food poverty, citing a Northumbria University and Healthy Living UK study (June 2020, by Prof. Greta Defeyter and Dr Emily Mann). However, the authors of this study are clear that their findings do not support the government’s decision to withdraw the voucher scheme, warning that children of a parent or carer unable to access the voucher scheme could be at risk of severe food insecurity. Instead, they call for further financial support. So our MP is using a study that supports extending (and increasing the value of) the free school meal voucher scheme, to justify his vote against extending it, as the £15 a week voucher is not enough to ensure every child eats well.

Our MP then complains that the opposition motion did not include alternatives to how the scheme could be improved to help those who need it most, such as a mix of cooked meals delivered in schools or food parcels. But alternatives already exist, and taking urgent action now would not stop anyone looking at long-term comprehensive solutions – both are needed. In July of this year, Henry Dimbleby’s National Food Strategy review cited evidence that an estimated three million children are at risk of hunger in the school holidays and that there is increased demand at food banks over the summer. The government needs to act on the recommendations, including to expand the eligibility of free school meals to include every child from a household where a parent or guardian receives Universal Credit or equivalent benefits. It should also roll out the pilot Holiday Activity and Food programme nationally as it only currently covers 17 council areas, so that the programme can support children in receipt of free school meals in all areas of England, in a way that complements and works with existing local holiday activity providers. The HAF originated in 2017 when the Government rejected a private members bill that would have required councils to facilitate free meals and activities for children during school holidays, so the Government has known holiday hunger is an issue for years.

He also refers to the £63 million that local authorities received ‘to get food to those most in need – an initiative praised by the Trussell Trust.’ Indeed it was welcomed by the Trussell Trust but they also suggested the funding would run out and should be more like £250 million annually. This was also not earmarked for child hunger, but was to be spent on a range of issues to help people in crisis, at councils’ discretion. It also appears that councils will have already used up the funding they received in July as the Government stated on 4th August that it anticipated most of the funding will be spent within 12 weeks. Ministers and our MP appear to be deliberately misleading people by using a council hardship fund which they expected to be exhausted by now, as a reason for not acting further on holiday hunger now and in the future.

The response around the country to the vote has been amazing. Communities and businesses across the country have demonstrated the best of British values, stepping up where the government has failed to support the most vulnerable. Marcus Rashford’s petition to end child food poverty has over 1 million supporters – https://petition.parliament.uk/petitions/554276.

But what can people do locally?

Nelson Mandela once said, “There can be no keener revelation of a society’s soul than the way in which it treats its children”. Our MP voted against feeding poor children during the school holidays and his position is indefensible. I ask him to reconsider.

It is good to hear that in response to the backlash, the Government has climbed down on its opposition to providing more support for helping children in low income families avoid hunger in the holidays, and has stepped up its support. The recently announced support package includes a £170m Covid Winter Grant Scheme to support vulnerable families in England (to be run by local councils), and a national rollout of the pilot Holiday Activities and Food programme to every local authority area in England over the Easter, summer and Christmas breaks next year.

This is a win for children in food poverty. That the Government has made significant progress on two of the three initial recommendations of the National Food Strategy and Marcus Rashford’s petition is good news. There is still work to do on expanding eligibility to free school meals for all children in families that receive Universal Credit. But this is another good U-turn, which of course should not have been needed in the first place.