Labour leadership candidates must back our calls for proportional representation 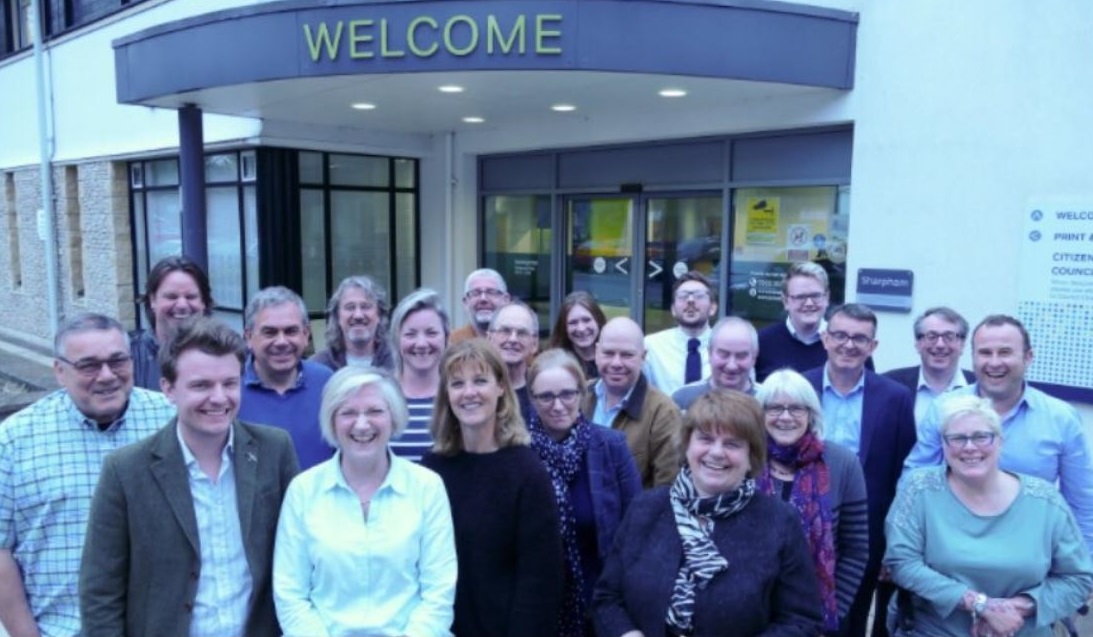 Dear all, as one of your local councillors I need to keep you up to date on local matters, so please see below:

New roles and responsibilities:
After the local elections in May, the new Cabinet (executive) of Mendip District Council met on 3rd June. Councillors were appointed to various roles and outside bodies. A list of Cabinet members is here, and the agenda for the meeting here. I was appointed as a Cabinet Assistant on Strategic Policy and Climate Change, and to the Somerset Waste Board, which runs (through the Somerset Waste Partnership) waste collection, disposal and recycling across Somerset. Since then I have also been appointed to MDC’s Strategic Leisure Board, which oversees the five leisure centres in Mendip run by Fusion Lifestyle, including Frome Sports & Leisure. I was also offered a place on the Frome Boyle Cross committee but offered it to one of the town centre (Market ward) councillors instead, as it is their ward. Lots to do.

Gypsy Lane: This area has been in focus again recently in relation to flytipping and litter. Drew and I are working to see a marked improvement to the local environment here.
Councillor Drew Gardner writes – “It has been a hectic first few weeks as a new district councillor. One of the concerns that came up consistently on the doorstep was the issue of fly tipping and particularly the state of Gypsy Lane, indeed in the run up to the election I was cycling there with my son who saw the rubbish there and commented ‘Daddy we are killing the planet’. In the coming weeks we will be able to talk about some steps that have been taken which have yielded some positive results. However I am sad to say that I am still far from happy with the situation where as recently as yesterday rubbish continues to be dumped illegally. This will be a long road and I ask for your continued patience on this matter – I know this situation is complex and I am very much ‘new boy’ but I am determined to help resolve this situation.”

Packsaddle grand opening: The Packsaddle Community Group and Frome Town Council have organised a ‘grand opening’ for the new play equipment at Packsaddle park on Sunday 30th June, with a chance to have your say on the future of the Chapmans Close games court – please see here for details. It is great to see things are working out so well here after FTC took a lease for the park from Mendip last year, which took many years to sort out.

Showfield update: Frome Town Council also recently confirmed that they are looking into adding gates to the gaps in hedging around the play area on the Old Showfield (see here), after I raised it at a previous meeting following feedback from our survey (see here).

Cidery planning application: I have just had an update from MDC’s planning team – following consultation on the planning application (see detailshere), the applicants will be submitting amended plans (which hopefully address the comments raised) and additional information, which MDC will re-consult on, so everyone will have another say. When these come through I will send out another update.

Paddy Ashdown: At the end of May I attended the very moving memorial service for Paddy Ashdown in Yeovil. David Laws MP, Val Keitch (leader of South Somerset District Council) and the former chief executive of Westlands all gave glowing tributes to Paddy’s work and life. I was fortunate to be able to spend time with Paddy last autumn in Frome, thanks to an idea from Barry O’Leary (our new MDC councillor for Creech), which I am very grateful for, as I describe here.

Open Patient Forum: Earlier in June I attended the Frome Medical Practice open patient forum. I thoroughly enjoyed the evening, it was a very good opportunity to discuss issues with so many key health professionals, including what works well along with a range of ideas I’ve picked up from the community on potential improvements (such as to the appointments system). I particularly like the focus on encouraging healthy lifestyles and connecting people in the community to reduce loneliness and improve physical and mental health, not just treating illness. It was an excellently managed event and I thoroughly recommend residents and patients attend the next one. I expect detailed feedback will be posted here shortly.

Frome Medical Practice also have a Patients Participation Group (PPG) who offer the practice advice and support from the patient’s perspective (and is not a forum for complaints). You can contact the PPG to suggest how GP services could be improved by email fromepatientgroup@outlook.com or phone 01373301301.

Also recently I have:

If you have anything that needs attending to, please let me or Drew know.